Be careful but be graceful

Picture the scene. A dark Sunday morning, somewhere on the fringes of the Mendip Hills, Somerset. November. 2014.

"Why not stay in bed" asked Mrs Rouleur as I peered gloomily out into the stygian gloom of the first proper day of Winter. No, I resolved, despite the murk, the drizzle, the wind and cold, I was going. And what's more, I was coming back too.

It all started a couple of weeks' ago when Martyn and I were talking about great rides, in the sense of wonderful parcours, scenery, the right mix of hills and dales. That sort of thing. I waxed lyrical about the ride I used to do to my parents' house on the Hampshire/Dorset border. I'd get up at 7, cycle over on a Saturday morning and then la famille would drive over later and we'd all drive home on Sunday.

But of course there are no parents to ride to anymore, so I've not had the opportunity to do that route in ages. "Well", said Martyn, "ride over, ride back, you'll get a 200km ride in, and kick off your Randonneur round the Year". In my first year of Audax membership I managed to achieve the modest award of a Randonneur 1000, so to have another goal for 2015 is an interesting idea. I'm also one step ahead as I have already done a 200km ride in October so do the ride to Alderholt and back and I'm only 10 months away from the award.

Intrinsically motivated though I am, a bit of external validation never goes amiss, especially if I can get a medal for it. So I duly signed up the route, the first 100km or so out to Alderholt and bolted on a return leg which came from my last 300km in June. That meant that even though I was in for a DIY Audax by GPS, with a registered date of 23 November, so at least navigation would be fairly easy.

So despite the drizzle, the cold, the wind, then the hammering rain, then a bit of almost sunshine and plummeting temperatures, I just got out and did it. Parts of it were tough, my bottom gear (admittedly a puny 28T) was lost, so I had to do all the hills on a 25, but it wasn't too bad. And even the headwind across Cranborne Chase was bearable. And the trees were still gorgeous. There's a hedge near Berwick St John that has to be the most beautiful I've ever seen. 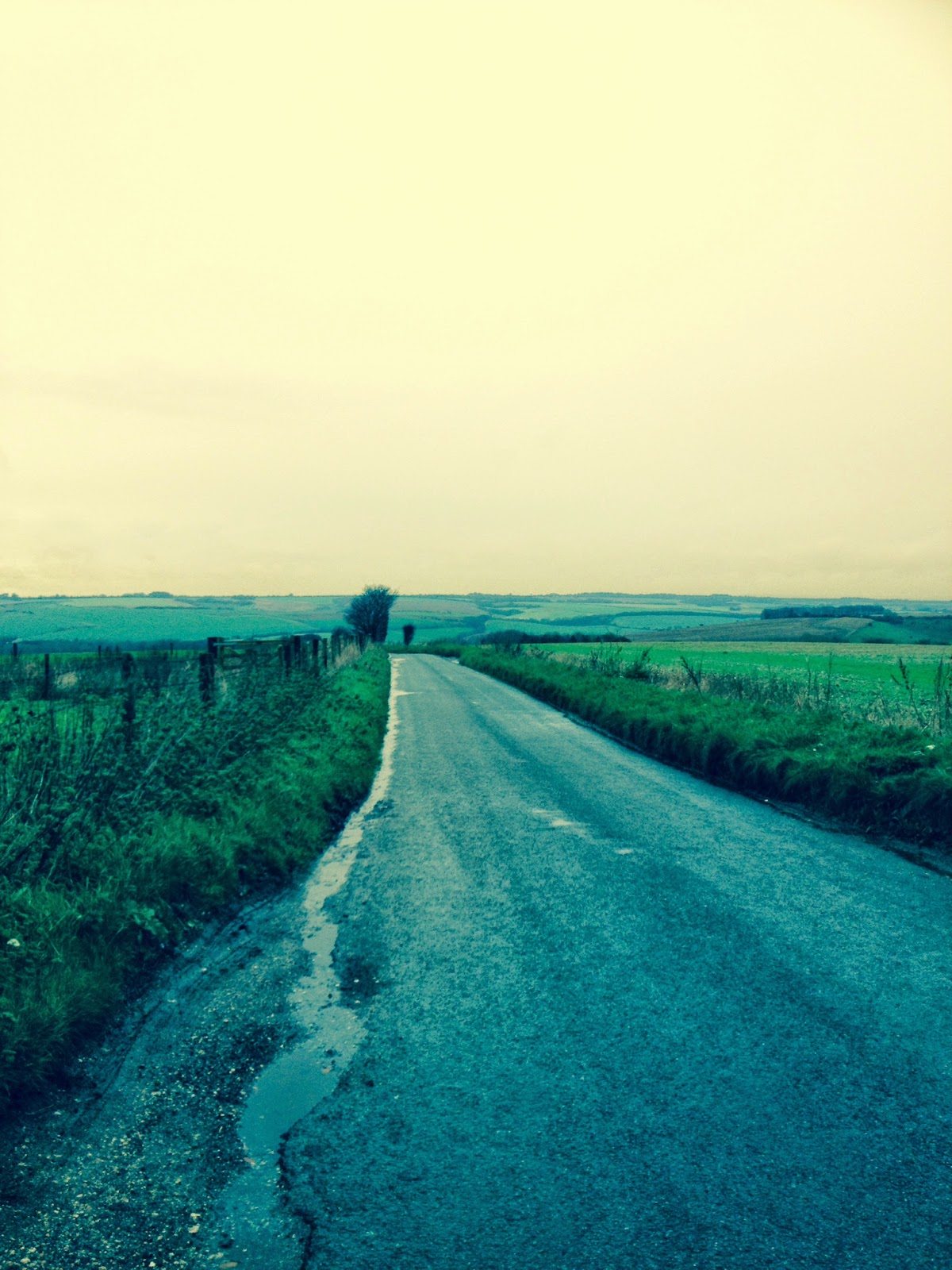 I saw three other people on road bikes, one mountain biker and a teenager out for a Sunday spin on a hybrid. Apart from that it was just me, the weather, the road, and the sky. I'm now going to have a two week break from riding give my body a restful break rather than a real one. I'm 9 miles shy of 7000 miles for the year, so I don't want to make next year's targets too tough, do I?


Posted by Mendip Rouleur at 10:58 No comments:

“The only way to deal with an unfree world is to become so absolutely free that your very existence is an act of rebellion.”

This year I have had a few exchanges, some intelligent, some less so, with others about the rise of the UK Independence Party. I understand the perspective of alienation, the rejection of all the so-called "mainstream" political parties. Ages ago I realised that once people organised themselves into a group, or a party, they were on the road to subsuming their individual consciences in the service of the greater entity. It's true of all areas of human existence, the tension between being an individual, lonely, and part of a group, a slave.

So UKIP are just like the rest in that respect, they are there to enlist the many in the service of a few. That's what groups are about. There is payback for the many of course. A sense of belonging, a few of your individual needs met, you are no longer lonely. But you are also a slave to the whims of the decision-makers.

I wasn't surprised by their victory in either Colchester or Clacton. UKIP play to fear, and let's be honest, prejudice and bias about another out-group - immigrants. Those who are different and would "change our way of life". Nor was the faux outrage at the parody of "white-man-van" particularly shocking. All politicians hold the electorate in some level of contempt, otherwise they wouldn't be politicians. I've been abused and nearly run over by men driving white vans to know that there is little tolerance in that in-group,

Let's suppose you decided to move from Axbridge to Manchester to seek work. Would that make you an immigrant? Would you expect to be able to use the services of Manchester Council immediately, even though you hadn't paid any Council Tax there? Or use their roads to drive to work on?

Or what if your colleagues did decide that if you didn't watch the X-factor every week this meant you were odd or weird, because so many do, and so there was just a little bit of scorn in the "banter" at work on Monday morning?

To focus on difference is pernicious, nasty, small-minded and at some level we all do it. Because we all have the same tension between being ourselves and wanting to belong. We may be at different points on that spectrum, and at different levels of awareness. But it's there, because it is a part of being human.

So what is to be done? Perhaps we could all start, for one day by being a bit more honest about our frailties, to ourselves if no-one else. I know I spend a lot of my energy trying to manage mine so that they are invisible to others. But I always feel better when I just concentrate on being me.

Maybe we could all be more thoughtful about how we genuinely balance our own needs with those of a wider group of humanity. If this sounds ridiculously idealistic then good, why settle for fear, prejudice and division. 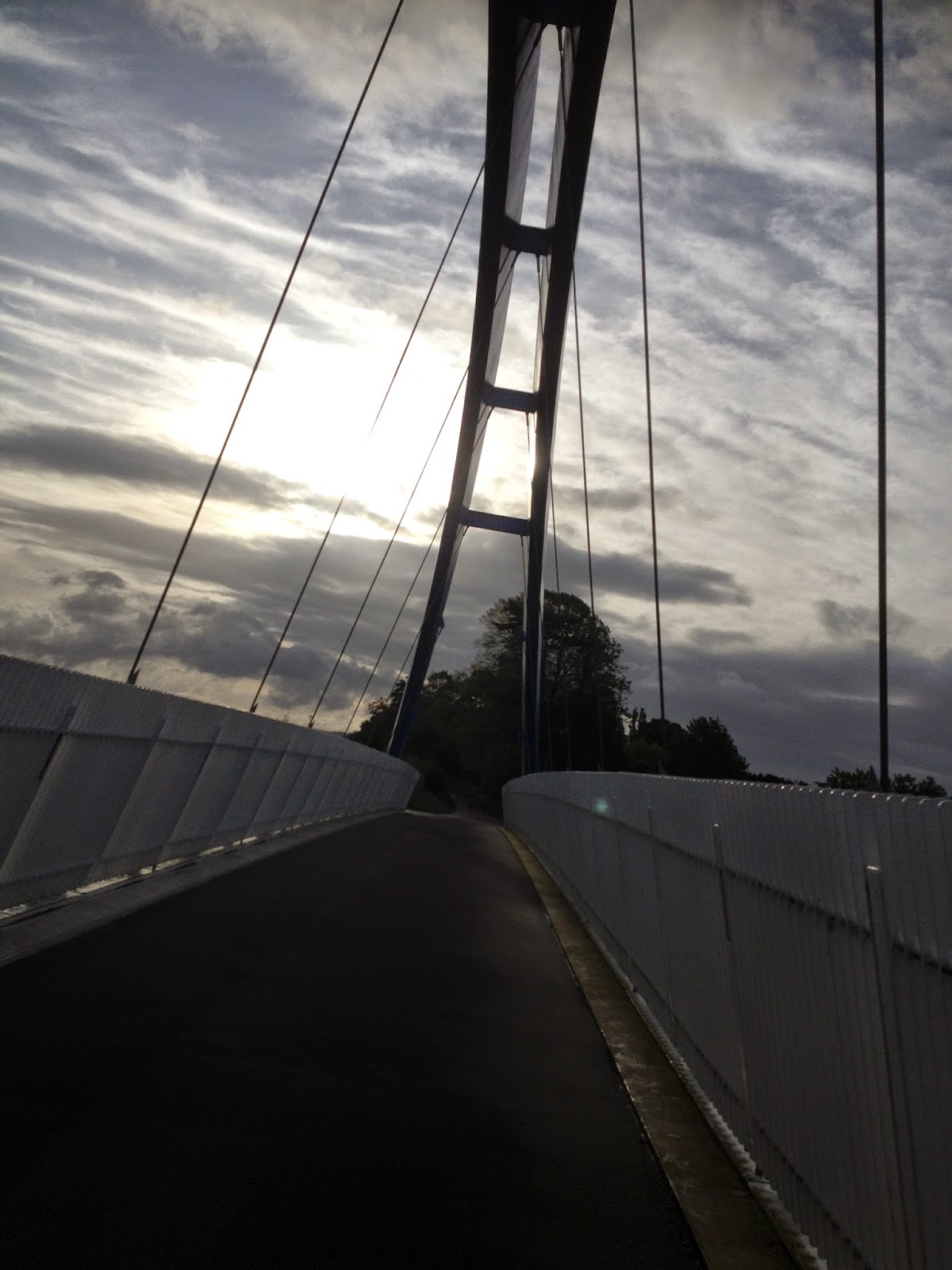 Posted by Mendip Rouleur at 23:25 No comments: